The single-family home rental market is attracting a wave of investors and lenders eager to get in on a sector experiencing explosive growth. At $3.4 trillion, the current value of the SFR market approaches that of the entire $3.5 trillion U.S. multifamily market, according to a report from Walker & Dunlop.

“Since June of 2020, major builders and real estate developers have been clamoring to get into this residential market,” said Mark Wolf, founder & CEO of AHV Communities. “They see an opportunity in a vertical multi-family model that is a unique option to apartment living.”

Adding appeal to lenders and investors is the steady rise in single-family rents. By December 2021, rents were up 12 percent year-over-year; that’s three times the increase recorded in December 2020, according to the CoreLogic Single-Family Rent Index. The markets with the biggest jumps: Miami (36 percent), Phoenix (19 percent) and Orlando (18 percent).

Active lenders in the SFR/BTR market run the gamut from banks, debt funds and life insurance companies to specialty lenders. As with the multifamily sector at large, there’s no one-size-fits-all solution; financing varies widely by project—build-to-rent, rehab, acquisition roll-up—and the profile of borrowers and investors. Varying financing vehicles are in play, ranging from bank bridge facilities; construction loans; community term loans; securitized loan pools; mortgages, and acquisition facilities to aggregate home purchases. Terms depend on the borrower, the type of the deal and project risk profile. 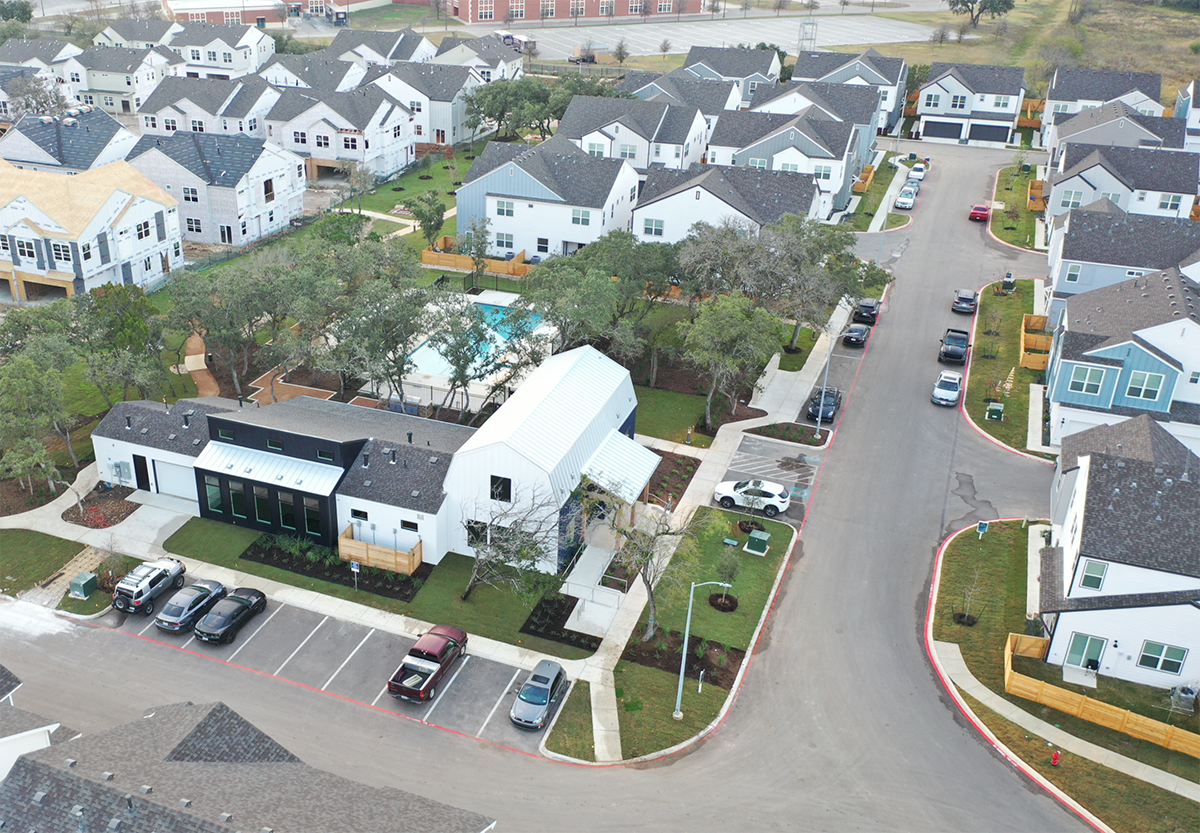 Capital stacks vary considerably, but despite SFR’s differences from other multifamily assets, financing structures are often like those for mainstream products. “Typically, these are 30 percent to 40 percent equity and 60 percent to 70 percent debt,” reported Matthew Putterman, managing director at JLL Capital Markets. The amount of equity depends on how much leverage the limited partners are willing to take on, he notes.

Construction loans for build-to-rent projects are typically 2 to 4 years or more, largely because of supply chain issues which are hindering delivery of building products, industry experts say. For those acquiring homes dispersed throughout a region in order to roll them up in a SFR portfolio, lenders are offering 3- to 5-year floating-rate bridge financing, with extensions, or single-borrower securitizations.

Another financing strategy specific to SFR hinges on a development milestone.  The builder draws on its construction facility to build the project. Then, as the homes are delivered in tranches and they receive their certificates of occupancy, an investor acquires them via a bridge loan. Loan-to-cost for these deals is in the 65 to 80 percent range, depending on how the deal underwrites to the permanent takeout financing, Merrell reported.

Fannie Mae and Freddie Mac, as well as some life companies and finance companies, will fund permanent financing for build-to-rent. But the GSEs have some conditions. “Fannie and Freddie are both adamant that they will only lend on build-to-rent communities and will not fund SFR portfolios that are scattered site single-family rentals,” Merrell said.

In general, SFR investors and developers should expect lenders to offer terms comparable to those in other multifamily deals. Yet there are key differences, such as in underwriting. Lenders will often require extra analysis of a community’s homeowners association structure, and a proven track record when considering development or acquisition financing. “It’s really important to do your research and provide a market study to the lender,” Merrell advised. “It should include an appraisal of the project, floor plans, occupancy and rental income projections, and the expense ratio of the project.”

As is the generally the case for multifamily investment, larger projects—or those with large institutional sponsors—often find it easier to secure debt than their middle-market counterparts. A key reason, as Merrell frames it: “There are just not enough banks in the space, forcing many BTR developers to opt for lower leverage or expensive mezzanine financing.”

A significant trend that has emerged recently is the multibillion-dollar influx of equity capital, notably from large, institutional investors. As Putterman notes, one reason for the appeal is that single-family rentals are viewed as a strong hedge against inflation. Many of these investors are adding them to their residential portfolios for diversification. Strategies range from opportunistically buying homes from cash-strapped landlords to developing BTR communities. “In 2022 we’ll see more investors operating these properties,” he predicted. “Even apartment developers are now getting into the space.”

AHV Communities’ $500 million Farm Haus in northwest San Antonio is an example of a build-to-rent construction project with financing structured like a horizontal multi-family development. Image courtesy of AHV Communities Private and Public

As a growing number of recent examples show, private equity is pouring capital into the SFR sector through multiple channels. Centerbridge Partners is the lead investor in a $4 billion platform that includes Allianz Real Estate, among others. Lennar Corp. is one of the builders that will provide product for the venture. Private equity firms are going on shopping sprees, as well. Blackstone Group, J.P. Morgan Asset Management and Rockpoint Group have recently acquired single-family rental companies or formed joint ventures.

Capital from outside the U.S. is flowing into SFR assets. In February, the Canadian Pension Plan Investment Board and LMC, an affiliate of Lennar Corp. announced the formation of a $979 million joint venture. The partnership will target major markets with strong population and job growth. CPP Investments will own a 96 percent stake and LMC will own the remaining 4 percent. Initially the joint venture will develop 1,371 properties in Boston, Denver and Miami. Also on the partners’ radar: Seattle, Dallas and Austin. And in a separate venture, CPPIB is teaming up with Greystar Real Estate Partners on an $840 million SFR platform.

An example of an SFR community that’s in hot demand from investors is AHV’s Farm Haus, now under construction in northwest San Antonio. It will consist of 142 two- to five-bedroom luxury duplexes with private fenced yards, two-car garages and smart home technology. Renters will have access to a wide range of amenities including a swimming pool, fitness center, conference room and dog park. The $500 million deal is an example of a built-to-rent construction project with financing structured like a horizontal multi-family development, observed Steve Katz, chief investment officer & executive vice president of residential real estate at Arbor Realty Trust, which is financing the project.